Both People & Comms. has collaborated with the Hospital Clínic de Barcelona and the IDIBAPS Institute to create a solidarity campaign that calls for citizen collaboration under the slogan #PorUnAbrazo and focuses on the fact that only with research will we put an end to the emergency situation caused by Covid-19 and be able to return to normal life, be together and embrace each other again.

Many public figures from the fields of culture, sport, cooking and music have collaborated selflessly in the campaign, the main elements of which are a video, an auction and a challenge on social networks that helps to viralise the campaign. In addition to donations, the campaign also launches a challenge through social networks with the hashtag #PerUnaAbraçada #PorUnAbrazo which consists of a simple gesture that gives meaning to the campaign’s slogan and at the same time unites all the participants: giving each other a hug. Each person can nominate three friends to also hug and thus expand this solidarity hug. 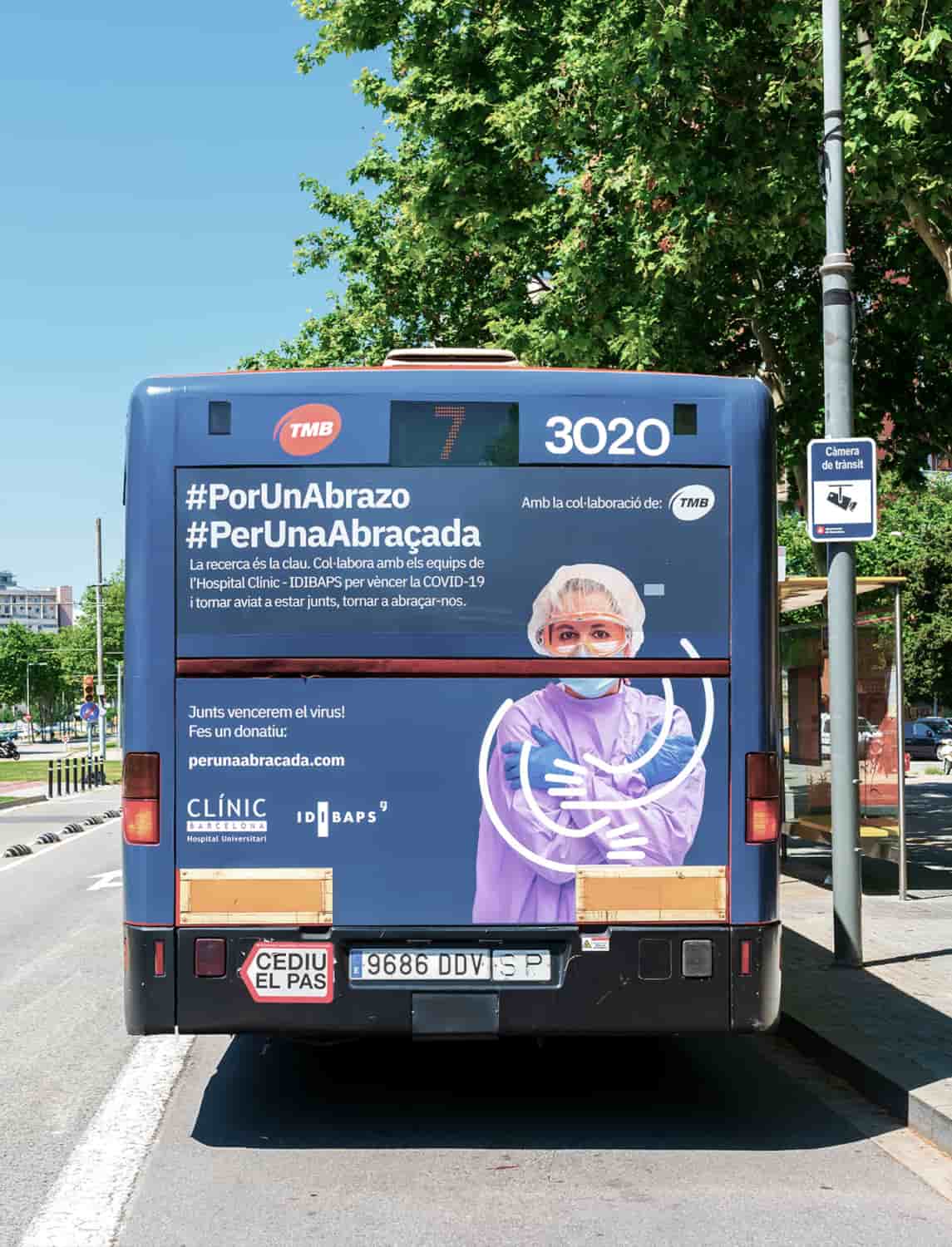 We use our own and third party cookies for analytical purposes. Click HERE for more information. You can accept all cookies by pressing the "Accept" button or configure or reject their use by clicking on the " Configure " button.

This website uses cookies so that we can provide you with the best user experience possible. Cookie information is stored in your browser and performs functions such as recognising you when you return to our website and helping our team to understand which sections of the website you find most interesting and useful.

Strictly Necessary Cookie should be enabled at all times so that we can save your preferences for cookie settings.

If you disable this cookie, we will not be able to save your preferences. This means that every time you visit this website you will need to enable or disable cookies again.

This website uses Google Analytics to collect anonymous information such as the number of visitors to the site, and the most popular pages.

Please enable Strictly Necessary Cookies first so that we can save your preferences!